Let me start with a blunt statement: I LOVE CROATIA. There are so many reasons it has become a trendy place for tourist in recent years. Its coastal beauty is astonishing with unbelievably clear water, olive trees and Mediterranean shrubs dotting the shore, and the ever present wheeling screeching sea birds. The resplendent sunshine blurs the lines of everything in sight, creating a scene of greens, brown, whites and blues that merge together until it seems impossible to separate them into the trees, rocky beaches, sea, sailboats and clouds that they are. The searing heat is intense and it creates a sense of tranquility. It is the only climate I have been in that quiets my mind, it’s too hot for anxieties, too hot for deep thoughts, too hot for thoughts.

It has been ruled by many different people throughout its long history, which is reflected in its food, architectural and linguistic heritage. The cuisine is a wonderful mixture of Italian and Balkan, heavily focused on very fresh seafood (which is lost on me since I don’t eat seafood, but I’ve seen the joy it brings others) and gnocchi (potato pasta). The architecture is Mediterranean, Venetian, Byzantine and Roman. To my inexperienced ears, Croatian is a smooth sounding Slavic, with a lyrical intonation. It is absolutely lovely.

The original settlers, called Illyrians, had to defend themselves against the Greeks; eventually the Romans gained control, and then the Byzantines. Croats immigrated into the region in the 7th century. Over the next several centuries they experienced a succession of conquerors who settled and left their impressions upon the land and culture: Hungarians, Venetians, Hapsburgs and Ottomans. Even France had a shot at the coveted region: Napoleon temporarily seized control of it. Like so many countries in Europe in the late 19th century, the Balkan region, tired of Hapsburg and Ottoman interference, developed a Slavic nationalism. This led to Croat-Serb alliances, and after the horrors of WWI, the first Yugoslavia was born.

During WWII the Nazis invaded Croatia, ending any harmony that may have been there. Helping the Nazis carry out their programs of annihilation, the Utaše Croatian Liberation Movement, massacred and committed forced exiles and conversions against Serbs, Roma and Jews with brutal efficiency. This was a precursor for the horrors that would happen in the 90s with the break-up of the second Yugoslavia. Just as not all Germans were Nazis, not all Croatians supported the Utaše movement, and those resistant suffered greatly too. The resistance led to the visioning of a new Yugoslavia, and a federation of nation states consisting of Croatia, Bosnia & Hercegovina, Macedonia, Serbia, Montenegro and Slovenia formed after the war. Ruled by the tight-fisted Tito, Communist Yugoslavia managed to maintain independence from the Soviet Union, but life was miserable for many many people. Money from all over the region went to Belgrade, where the government was, and other ethnicities and parts of the federation felt marginalized in the face of Serbian influence. After forty years of Communist rule, with a damaged economy and strained ethnic relationships, Yugoslavia fell apart in paroxysm of violence. The Dayton Accords in Paris in December of 1995 defined Croatia’s borders and was supposed to provide protection for Serb residents of Croatia; unfortunately tensions and strain exist to this day. 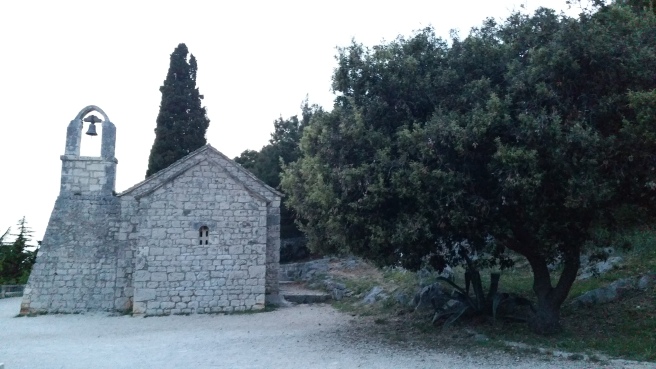 It is a very complicated region of Europe. I’m not sure I understand it well myself and I try to keep an open mind. I am sorry if I made any inaccurate statements with this over simplified history. Out of respect for people who live there, I am trying to understand as much as I can about unimaginable circumstances. Talking to locals, especially young ones who don’t remember or weren’t around for the wars, exposed me to an interesting perspective. They recognize the devastation that happened only two decades ago, but they also look to the future. They want to move forward and live their own lives, not fester in the hate and resentments of older generations. There is a naiveté to this attitude, but maybe it is necessary in order to finally set aside the hatred and violence that has been passed down through many generations, through centuries. One of the deepest tragedies of the region is that the 20th century violence is only the most recent implementation of centuries of massacres, and control through violence and oppression. It carries on and on, and maybe it is this generation that can finally move forward, to a brighter present and future. One vital way the young people are making connections is through cultural crossovers; a lot of Croats eat and listen to Serbian food and music. Rather than thinking in negative terms like “cultural appropriation,” it can be interpreted as a bridge: finding value in similarities and differences with their neighbors. It’s a start.

My interest in this region, along with my love for Germany, somehow feels self-destructive, or naïve and self-indulgent. Somehow, I feel like a hypocrite sight-seeing in these places. I know that tourism helps countries economically, and that these regions offer much. They are more complex than their recent history. But while swimming in the waters of an Adriatic resort in Rovinj, I became overwhelmed by a sense of hypocrisy because of the fun that I was having, even knowing that hundreds of people have lost their lives in the Mediterranean, trying to escape to safety. Last year when I was walking the streets of ancient Zadar, I couldn’t shake the feeling that I was somehow capitalizing on other people’s pain: their stories are interesting, their history “astonishing.” It has made me doubt my motives for travel. Are they voyeuristic? I certainly don’t mean them to be. But I am empathizing with people that I can in no way help, and with times that are in the past. The hurts are immense and they linger. I find them to be undeniable even in the face of great beauty, friendly people, and fun times. I don’t mean to disrespect people by “taking their burdens onto myself.” I know that is an illusion; I can never understand, never experience the depths of what people have known about the failings of humanity. But I hope that my sincere desire to recognize their burden means something. I felt so small, and intrusive, when I was having breakfast with my host in Zadar last year and on the news it showed police activity in Kosovo. He turned to me with unadulterated fear and cynicism on his face, and said, “It’s going to happen again.” I had nothing to say, and that was the moment I realized how useless I was. I couldn’t comfort him. I couldn’t laugh it off and say, “Don’t worry about it!” But this same man also showed compassion and understanding toward Serbians. He told me about the complexity of the situation and not to blame or demonize any group. That moment has stayed with me, and probably will forever.

But even with all of these conflicting feelings, I love Croatia. I will continue to explore this country. I will read what I can, and talk to people when I can. And I will swim in the sea.